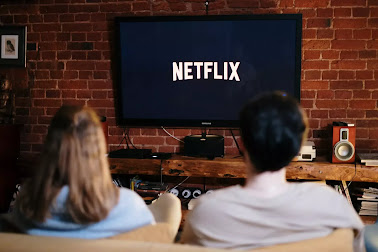 If yes, so you would find this article best suited you. Also, it may happen that you are not familiar with these kinda name Netflix, Amazon Prime, Hotstar.

So, first and foremost let me tell you about Netflix, Amazon Prime and Hotstar one by one. We will list of upcoming series and movies on Amazon prime, Netflix and Disney+Hostar.

Wohh!, Netflix, the word brings enthusiasm and charm for watching the movies and web series and there’s no lack of movies as well as web-series, Korean dramas to watch on Netflix. You have to just search your desired movie or web series and you’ll have majority of options displayed on your screen.

You can watch your favorite shows either it is a movie or web series or a Korean drama and more, on your desktop, laptop, TV and even on your mobile phone.

The Netflix android app allows you all the cool features you are familiar with: You can search, you can instantly watch, you can change subtitles options, and many more. Additionally, the android app will also sync with your other devices so that you can easily pick up where you dropped. Netflix crossed 1B+ downloads and 4.5-star rating on Google play store.

There are uncountable movies/shows/web series available on Netflix. Some of them are so popular like:“Navillera”, “Boys over flowers”, “Stranger things”, “Glow”, “When they see us”, “Mirzapur”, etc.

Download it from Google Play Store and App Store.

Subscription Plans table is given below for Netflix:

There are 5 types of subscription plans of Netflix:

Upcoming movies in September 2021 on Netflix:

Amazon Prime Video is Amazon’s video streaming service, one of the best streaming Platforms to watch the most popular movies and web series with Amazon Prime membership. It

Contains thousands of movies and shows to watch, you can be boring but their collection can’t end. Prime members can also rent for a particular movie or show that can’t be afforded by them at a time. This app also includes many award-winning movies and critically acclaimed original TV series. You can rent or buy movies and TV episodes not included with Prime Video.

Upcoming Movies And Shows in September 2021 on Amazon Prime Video:

Hotstar is also known as Disney+Hotstar, is an on-demand OTT streaming service provider Company. It is just amazing as Netflix and Amazon Prime. It houses thousands of movies, all cricket matches, TV shows, Kids Shows, etc.

The Disney+ Hotstar Super and Premium are started at just Rs 899 and Rs 1,499 per year, respectively. The former offers simultaneous HD streaming on two different devices including smartphones, computers and televisions. The top-tier Premium plan supports four devices across categories and offers 4K streaming. Disney+ Hotstar will remove the VIP and free tier for its users from September 1st.

There are three types of subscription plans first is Mobile second is super and the third is Premium.

Mobile plan- cost is Rs. 499/year and supported device is only 1 and quality resolution is HD in this plan.

Super Plan- cost is Rs. 899/year and supported device is only 2 and quality resolution is HD in this plan.

Premium Plan- cost is Rs. 1,499/year and supported device is only 4 and quality resolution is 4K in this plan.

Upcoming movies and shows on Disney+Hotstar in September 2021: