Are you fond of watching Bigg Boss OTT?  If yes you need to bookmark this article for yourself. Because we are proving the list of best apps to watch Bigg Boss OTT for free.

As we all know, Every year ‘Bigg Boss’ fans hardly wait for October-September as that is when the show starts on Television. However, this year, ‘Bigg Boss OTT’ premiere on Voot.

What is Bigg Boss OTT?

Basically, Bigg Boss OTT, also known as Bigg Boss: Over-The-Top, is the first season of the Indian reality TV shows that hosted by KARAN JOHAR who is also a filmmaker. It premiered on 8 August 2021 on Viacom18’s streaming service Voot and Voot Select.

‘Bigg Boss OTT’ has carried on to create the buzz and with the contestants in the house, viewers will now have to wait and watch, what Karan Johar has in store for them.

‘Bigg Boss’ will be premiered digitally for six weeks or you can say 42 days and then they will move to television and will be hosted by Salman Khan same as every year. Till then, you will have to watch the show digitally. As this is a remarkable move on the part of the makers, most fans are puzzled as to where to watch the show, at what time, and other things regarding this.

So, if you are eager to watch Bigg Boss the Indian show on your pocket TV (Mobile Phone), and want to find some awesome apps to make your desire great, You are in the very right place because we have back with another amazing article for you.

So, without any more delay let’s read the following articles.

Here’s how you can watch Big Boss for free:

If you have promo codes available for free trails on Voot Select via other services like Paytm First, Vodafone Idea (Vi), and cashback subscriptions for various transactions so, you can easily watch the Bigg Boss on your Android phone or iPhone.

Not only this but also if you have subscribed to Sony Liv or Zee 5, Eros, Zomato Pro, as well as Gaana, have deals on Myntra, Domino’s you can watch the brawl reality show “Bigg Boss” for absolutely free. Also, you can watch the episodes streaming 24*7 on Voot Select with a subscription of just Rs 299 per year.

Now let me introduce a bit about these apps to watch Big Boss for free.

Basically, Voot is an entertainment purpose app which is powered by Viacom18 Digital media.

Voot is Viacom18’s Premium video-on-demand platform, which brings your desired shows, movies, and thousands of hours of content to your fingertips! 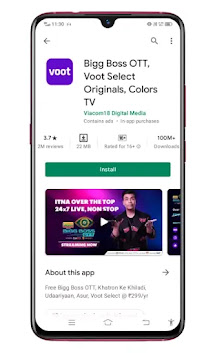 The overall rating of this app is 3.7 and now, people are loving this app because it gives you 24*7 streaming of the shows they like to watch.

Voot is on both Google Play Store and App Store.

Sony Network is also offering a broad range of enjoyment services to users for decades, now It has been also released its mobile streaming app that helps you to stream live fits in intense quality. You can watch Asian, African, and nearby leagues on this app. You can modify the pleasantness of the stream in line with your convenience. 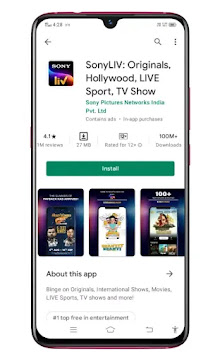 The app moreover lets you stream some loose live fits, making it one of the great stay cricket streaming apps. The user interface is interactive that makes your goal easy. The app has ads that you could keep away from by means of buying a top-class subscription. It can be found on both Google Play Store and App Store

Below are the key features of this app:- 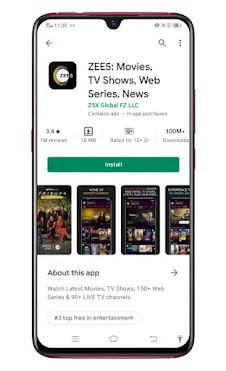 · Watch the latest episodes of your most wanted TV shows Before TV telecast.

· Hang up with your desired ZEE network shows.

The next app on the list of the pleasant stay Big Boss streaming apps is Jio TV. It permits you to circulate Big Boss globally. You can stream extraordinary live Bigg Boss OTT at a very low price subscription plan. You can get entry to the Big Boss suits from the entertainment classes and search for all of the live episodes of your favorite house members. 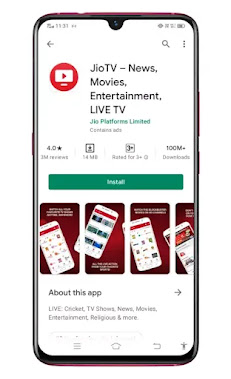 You do not need to install more than one app because JioTV streams Big Boss episodes of various entertainment networks right at your fingertips. You also can watch the quick highlights which you used to prefer more. Besides this, you can also watch Tv shows, cricket the T20 world cup, and various channels in different languages. You can watch Colors viacom18, colors, Colors Marathi, etc. This app

can be found on both Google Play Store and App Store.

Following are the key features of this app:-

· Streaming from all around India.